The biggest contribution I made to QBDS, bar none, is dark mode in QuickBooks Online. I prototyped this back in Spring of 2019 and was chiefly responsible for its design and implementation.

My work on dark mode directly informed development of more flexible color palettes in IDS. These updates made the palettes adapt better to dark mode and offer options for higher contrast.

color-info is a reusable set of inner-source packages I wrote at Intuit which helps developers better understand and work with color. I created these to make my accessibility and design systems projects easier.

These low-level packages are useful for evaluating or transforming colors. Our prototyping team used them to compose more elaborate design and engineering tools.

During Global Engineering Days 2021, I teamed up with a frontend engineer and a design technologist to get Stylelint working in our build tools. I wrote a Stylelint plugin which used ΔE color matching to detect off-palette colors, recommending suitable swatches as replacements. 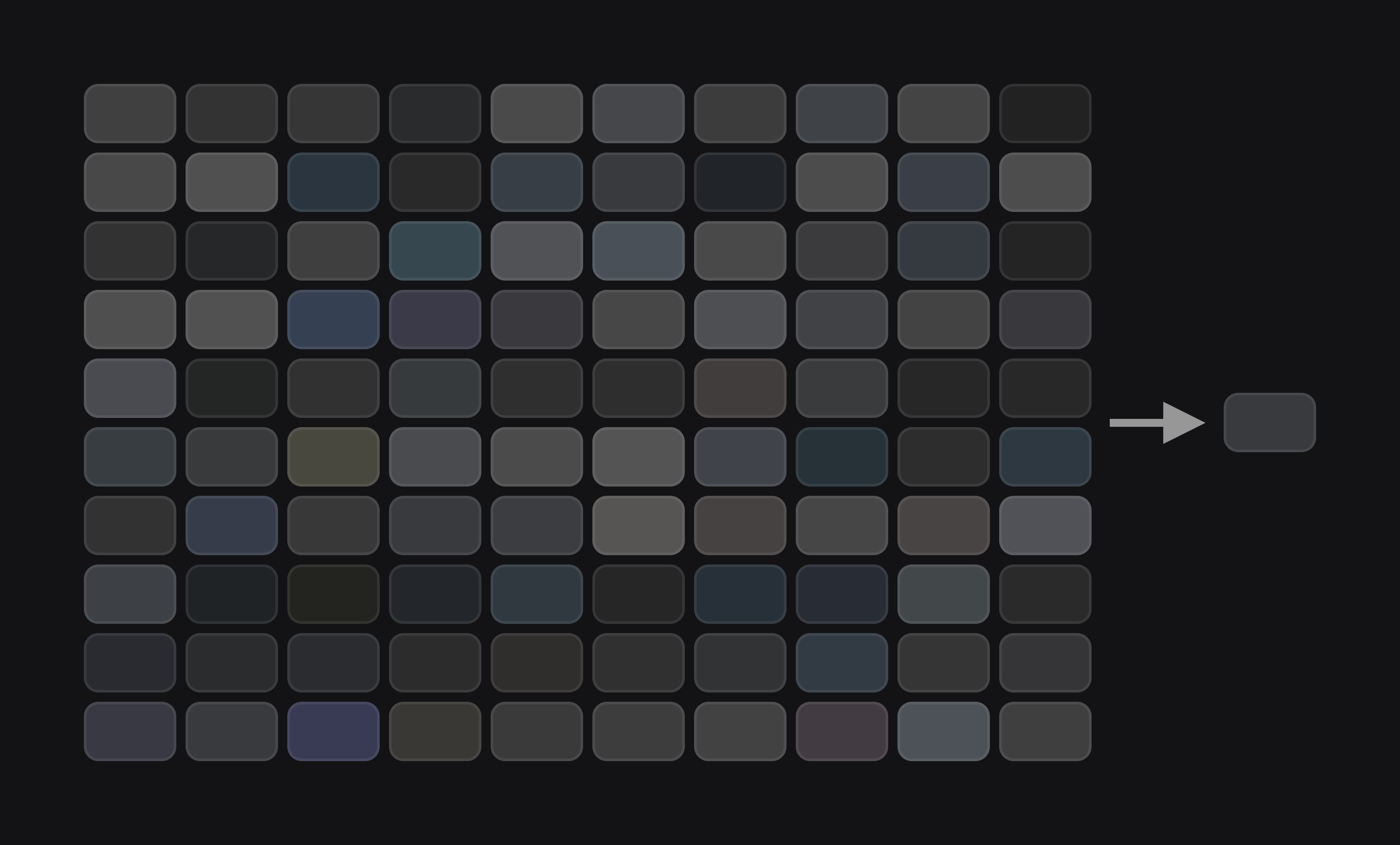 The plugin also makes intelligent recommendations depending on how far the color is off-palette. For example, a ΔE value of 2.0 or less means the color can be swapped automatically, but a higher value may warrant action on the part of the developer or designer.

Variable fonts are notable for their design flexibility and, on the web, their performance. Intuit's brand font is based on Avenir Next. During license renewal negotiations with Monotype in 2019, I suggested we look into getting a variable version of this font.

From a design standpoint, variable fonts are great because you can render any font weight you want. It doesn't have to be one of the fixed weights. For example, if the regular weight in a variable font is a smidge too light, you can thicken it yourself. A novel (and hacky) use of this is to compensate for macOS's thicker antialiasing on white text. Weights are just the tip of the iceberg too; check out Cheee Variable to see what I mean.

As for performance, you normally need several files to render a font on the web. This requires several HTTP requests, which can be slow on a cellular connection. With variable fonts, all those weights get condensed into a single file. This reduces redundant data, and removes the need for multiple HTTP requests. In turn, it decreases load times, rendering the page faster. That's why this site is set in a variable version of the font Codec Pro. I also heard from several frontend developers at Intuit who wanted a variable font for this reason.

At Intuit, I proactively submitted a brief to leadership outlining all the benefits of adopting variable fonts. I also included load times tested across many Intuit pages to ensure there wouldn't be any performance regressions. Later, after receiving the variable font, I wrote a production-ready implementation which developers could reference as they adopted the font. I even coached teams on how to optimize the font for blistering load times. This involves special techniques like instancing and subsetting using the open-source fonttools library.

As I've shown, a design system isn't just design. It's design expressed through code. I can design and develop your company's design system too; drop me a line!